skip to main | skip to sidebar

Caught Candid with the Camera

and not by the Camera :P
Skeets holds a sort of a record for being the most silent person...in the house..among friends...in office and everywhere else (except on gtalk).
An insane number of thoughts do swim in the mind but are shared with a selected few.
It is her own quietness that often misleads Skeety to think she is wearing an invisible cloak while she is clicking around town and won't ever be seen.
Time and again she has been proved wrong. Here's how:
*Discovered lying flat on the floor in the corridor of the house experimenting with light, olives, thermocol...
*Spotted squatting near India gate while clicking these pretty things (pic below). The strangers who spotted Skeety giggled. Perhaps they thought she was either insane or plucking flowers or digging bugs from the mud, but their expressions went even funnier when they saw the Camera in Skeety's hands. *Who cares* The love for the Camera transcends all else...

Golgappas can make for Skeeter's breakfast, lunch, evening snack and even dinner. Nothing wrong about that. Till the day she was caught standing on a cane stool (so as to get the black granite shelf in the backdrop) tripod stationed ahead of her...clicking them before digging in.
Ma enters the kitchen and wide-mouthedly stares, laughs and goes off to tell others what she saw. Grrrrr. And Skeets thought the folks were watching TV and she's be done clicking before anyone comes in. *Invi cloak... where art thou?*
Then comes the compulsive obssession to click while the car moves or when it is stuck in jams. While Skeety was clicking the autorickshaw's number plate reading "DL" (the sign that makes Skeety feel happy on roads, the sign which makes her thankful to be living in her beloved city) she notices a man on a two-wheeler who gave Skeety a 'get-a-life dudette' look...
Skeety grinned at the man on the two-wheeler so that he gets to read her mind... THIS IS MY LIFE DUDE :D My Cam... :-) Kat le ab

You are visitor number:

You Make My Day Award from Backpakker. Thanks! 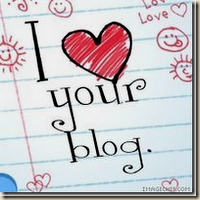 I Love Your Blog award from Cyberkitty


City of Djinns: by William Dalrymple Tales and Legends from India: by Bunskin Rond